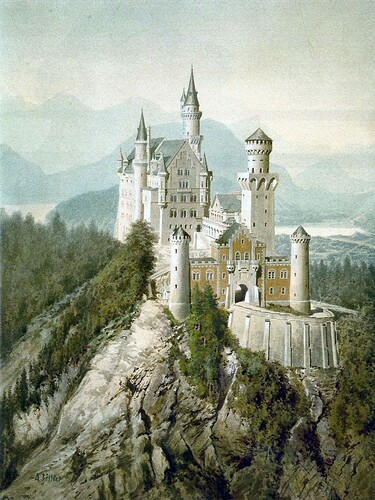 This is the 200th artwork featured within this digital gallery and one of Hitler’s most famous and popular works.

Schloss Neuschwanstein (New Swanstone Castle) was built by King Ludwig II in the 19th century as a homage to the composer Richard Wagner. Adolf Hitler was also a devoted fan of Wagner so it comes as no surprise that the future chancellor would paint the castle with such painstaking detail paying tribute to Wagner in his own way.