For many recent decades, the use of ancient European symbols has been a problematic issue. Rather than being used for their true meanings, they have been used by hate groups and
individuals, such as entertainers, for their own personal agendas and abusive use. The significance of these ancient symbols each bear wonderful and unique meanings that tie our present time and our people to the past and our heritage. The most significant use of these symbols was revived by the NSDAP in the early 20th century for their goal of restoring
Germanic tradition which they put into practice for their true meanings. The symbols that the NSDAP used were also protected by a particular law which passed on
May 19, 1933 called “The Law for Protection of National Symbols.” This law ensured that the local authorities had the power to seize goods and prosecute manufacturers or merchants who sold products that used these European symbols in ways that were deemed to violate the dignity of the NSDAP and the German state.

One of the most unique symbols across the entire world, this is a symbol associated with the Aryan race. Other appearances of the symbol are usually associated with luck and fortune like in India. The swastikas unique shape has appeared differently across various countries in the world with the symbol sometimes taking a “swirly” shape at the tips like in Celtic Europe, or perhaps being flipped over facing a different side or different angle like in East Asia. The earliest drawing of the symbol known was found in Mezine, Ukraine and it was carved onto
a late-paleolithic figurine of mammoth ivory, being dated back as early as 10,000-15,000 BC. The most significant use came to Germany when the NSDAP chose the symbol for their party with the discovery of Troy in the 1870s by Heinrich Schliemann. At no point was it used purely for
racial hatred towards other people, but rather as its true representation of the Aryan race. Today, it is used as a hate symbol. 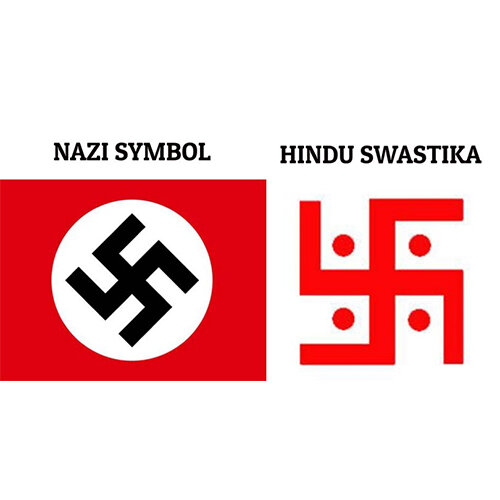 This ancient European symbol was most notably known to be used within paganstic practices. One example of the use of the symbol is when it was used during the festive time
of yule in December, which represented the coming of the new year (new sun). The tradition of lighting the cross on fire represented the suns coming appearance. The cross
has also appeared in other continents in the world such as North America and in the Middle East. Christians also used it as a symbol of power as opposed to earth which
is a link back to its original use. Christians also used it as a symbol for a halo, which denotes saints and angels who are more powerful than men. At no point did this symbol represent “white pride, worldwide.”

The sun wheel is a European symbol used in Europe appearing mostly in Scandinavia and Slavic Europe. The symbol holds multiple meanings such as bringing strength and rebirth. It was carved onto wood, embroidered onto clothes, and painted onto houses to protect from evil
spirits. The symbol also, in its numerous ways of depictions, found its place on the items of jewelry, utensils, weapons, and coins attributive to the representatives of Indo-European
culture. The representative meaning lies mostly the same across Europe. While wearing the black sun, it was a symbol of protection and power. The symbol today is used mostly
for the representation of the rebirth of the white race.

Although many depictions of the arrow-like figure has appeared across the world, the most notable use comes from the ancient Germanic language known as elder futhark. This ancient Germanic language dates back over 2,500 years and developed itself across Northern Europe and then spread into Scandinavia and other areas of Europe. The runes themselves were not only a form of linguistic use, but they were also used for individual meaning. For example, the Tiwaz rune itself represents the God Tyr, who is the justice bringer and God of war. 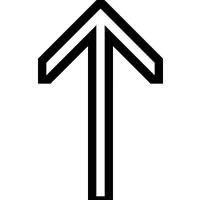 Literally meaning "homeland and “ancestry”, the Othala rune is also a letter that goes back to the elder futhark language. The individual meaning of the rune means inheritance from ancestral holdings, collection of numinous power, and knowledge from past generations. This is not to be confused with the Fehu rune, which also means the bearing of wealth. I understand why this symbol is used by the Neo-Nazis as it is a representation of our people, but it has been abused and turned into a hate symbol by them which is unacceptable.

The Saluto Romano is a gesture in which the right arm fully extends facing forward, with palm down and fingers touching. The salute goes back to ancient Rome, where it is believed that military personnel would greet their superiors with the salute as a sign of respect. There are few indications historically that the gesture does belong to ancient Rome, however, there are a few remaining sculptures that hint towards the gesture such as that on Augustus of Prima Porta. The gesture was revived by Italy in 1925 as a gesture of greeting instead of the most common hand shake, and also used for the same purpose as the ancient Romans; as a sign of respect. This gesture then became adopted by the NSDAP in 1926 and was hence forth called the “Hitler greeting.” It also served the representation of German victory which was physically emphasized with the Roman salute, followed by the words “Sieg Heil”, which meant a victory for the German people. At no point did this gesture bear the meaning “white power.”