Body armor sold in the U.S. is rated according to the NIJ certification standards listed above. Note that level III armor is rated to defeat 7.62x51 M80 ball ammunition and M855 “Penetrator” steel-tip 5.56. However, regular 5.56 ball ammunition traveling above 2800-3000 fps will punch straight through level III steel plates, making them nearly worthless for defeating rifle threats in the U.S. 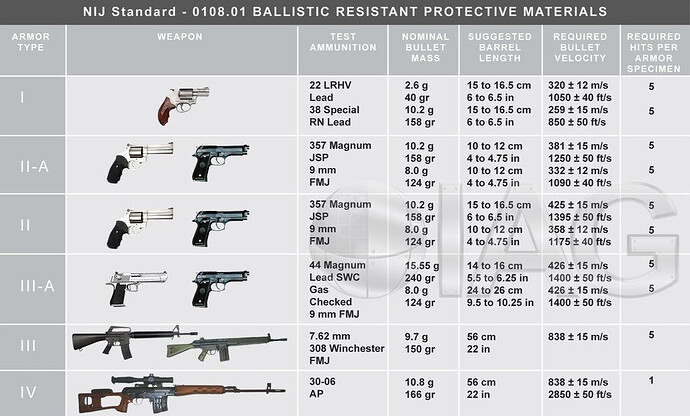 For this reason, manufacturers have begun producing “level III+” plates. The standards for testing III+ armor vary according to manufacturer, because no such NIJ certification exists. It is important to review the manufacturer’s lab results before buying any armor, but for all intents and purposes, level III+ plates are the only steel plates worth buying.

The use of body armor should be dependent on the mission and the expected threat. 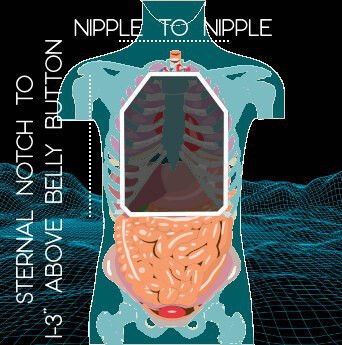 The purpose of body armor is to prevent immediate loss of life or consciousness from being shot in the cardiovascular or nervous system, so that the user may continue to engage targets with their weapon. When body armor is properly fitted, it will also cover most, but not all, of the respiratory system.

Plates should cover an area from the Suprasternal Notch to 1-3” above the belly button (when seated) and from nipple to nipple. Plates which are too small will not cover vital parts of the cardiovascular system; plates which are too large will impede mobility and weapons handling.