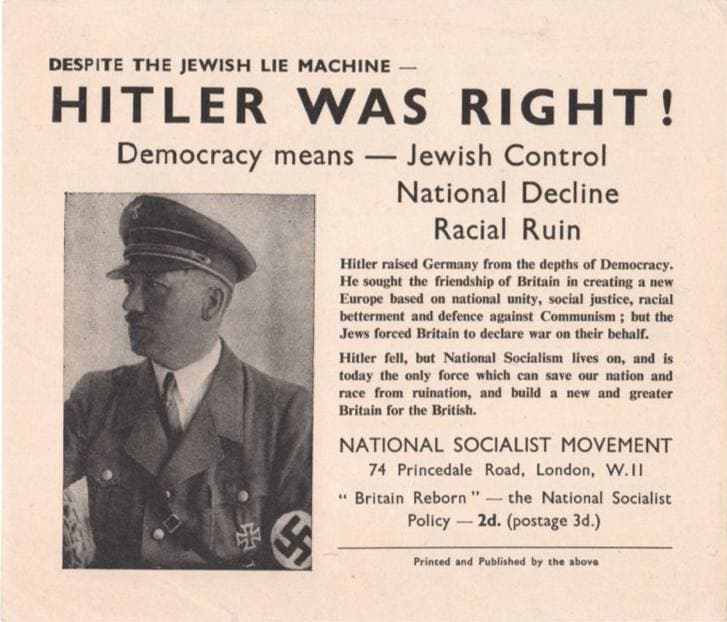 “Despite the Jewish Lie Machine - Hitler Was Right! Democracy Means - Jewish Control, National Decline, Racial Ruin”. “Hitler raised Germany from the depths of Democracy. He sought the friendship of Britain in creating a new Europe based on national unity, social justice, racial betterment and defence against Communism; but the Jews forced Britain to declare war on their behalf. Hitler fell, but National Socialism lives on, and is today the only force which can save our nation and race from ruination, and build a new and greater Britain for the British.”