Falsifying News in the Process 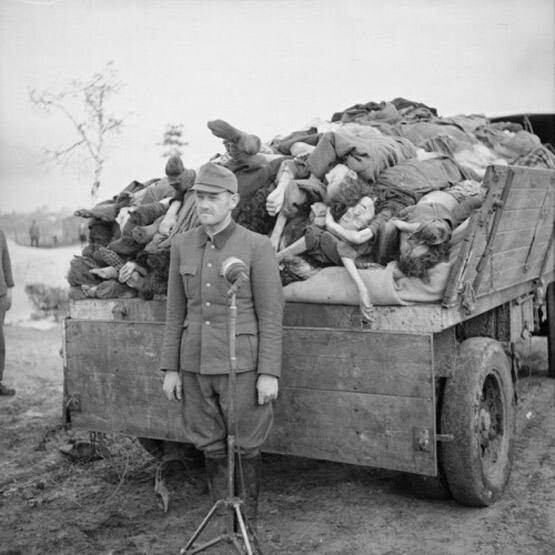 Oberleutnant Hosler, an SS officer at the Bergen Belsen camp is forced to stand in front of a British news microphone. The truck behind him is filled with corpses - German? Croatian? Kossack? - who knows? But of course they are presented as Jews. Every corpse after WWII was certified Jewish. Never mind the millions of German women and children who were slaughtered. This is just one of thousands of slick Allied photo shoots demonizing the Germans in The Year of Lies, 1945.