Firearms in the Weimar Republic and National Socialist Germany:

Observing the right to bear arms in National Socialist Germany is an important subject to reflect on due to the stigma of gun owners and political activists asserting the claim that the National Socialists disarmed the nation as an act of government oppression, such as those comments made by the National Rifle Association in the United States over the many years by various individuals with no authentic knowledge of the time period [2]. Totalitarianism has been taught as if the mutual trust between the citizen and the leader is non-existent with the citizen given no rights and that the citizen lives under the boot of the leader. While this most certainly can be the case with this form of governance, it was not entirely true with Adolf Hitler. I say “entirely true” because those who were not a German citizen – that is those who were not a part of the Volksgemeinschaft such as Jews – were not permitted to possess firearms [3]. Yet it can be understandable why the average gun owner may feel discontent for the time period when he has been falsely informed of the gun laws of National Socialist Germany. In the United States, the gun owner sees the current effort of his own government trying to disarm him which can only cause him to relate their efforts to the false information of German gun laws. So let us try to clarify how the laws applied for Hitler and his people.

After the First World War, the Weimar Republic was subject to heavy sanctions as a result of the Treaty of Versailles. The German nation was severely disarmed and the German military was reduced to a number of 100,000 armed combatants [4]. Article 169 of the treaty stated that “Within two months from the coming into force of the present Treaty, German arms, munitions, and war material, including anti-aircraft material, existing in Germany in excess of the quantities allowed, must be surrendered to the Governments of the Principal Allied and Associated Powers to be destroyed or rendered useless” [5]. Article 177 also demanded the disarmament of the people [6]. The Weimar Republic was quick to enact laws which required German citizens to hand in their firearms which was done through the legislation of January 1919, and later on in August 1920 through the Law on the Disarmament of the People [7]. The disarmament remained in effect until the Law of Firearms and Ammunition on 12 April 1928. Although it provided the ability to register for firearms, this law put in place a vigorous scheme of firearm ownership [8].

By 12 April 1938, the National Socialist government enacted the German Weapons Act, which loosened many of the laws of their precursor in 1928 [9]. The state itself was a state of combat. Adolf Hitler had emphasised this from the very beginning of his career in his Mein Kampf book, especially the training of children in combat and firearms [10] who were trained in military tactics and taught by firearms instructors [11]. Therefore, it can be understood that the state was preparing every capable person of self-defence whether that be through hand-to-hand combat or weapons. This is very understandable from the stance of a call to action. Should the eventual outbreak of a war occur, the state has already seen to the preparation of its citizens being called to war.

One of the most interesting changes to observe is how Jews were prohibited from the use or ownership of firearms. Prior to the 1938 enactment, Jews could still bear arms, but under the new laws, they firstly became prohibited from manufacturing or dealing with firearms or ammunition [12] but then later, after Kristallnacht on 10 November 1938, Jews also could no longer own firearms. This is likely as a result of the assassination of Ernst vom Rath by Herschel Grynszpan, who had murdered vom Rath with a revolver [13].

After the Second World War, the Allied Powers encountered a population armed to the brim. Germans had to hand in their firearms and the second great disarmament since 1919 had repeated itself once again [14]. War trophies - those being German firearms - were also taken by the Allied soldiers back home, but what happened to the majority of the German armaments - regardless if they were military or civilian arms - was that they were melted down or thrown into the ocean [15]. What really makes me exited is that these German armaments are still in these waters so if you want to find some relics, I recommend a metal detector and a diving expedition.

In conclusion, the National Socialist state had become well-armed and it experienced a level of security next to the United States itself in regards to firearms and self-defence. 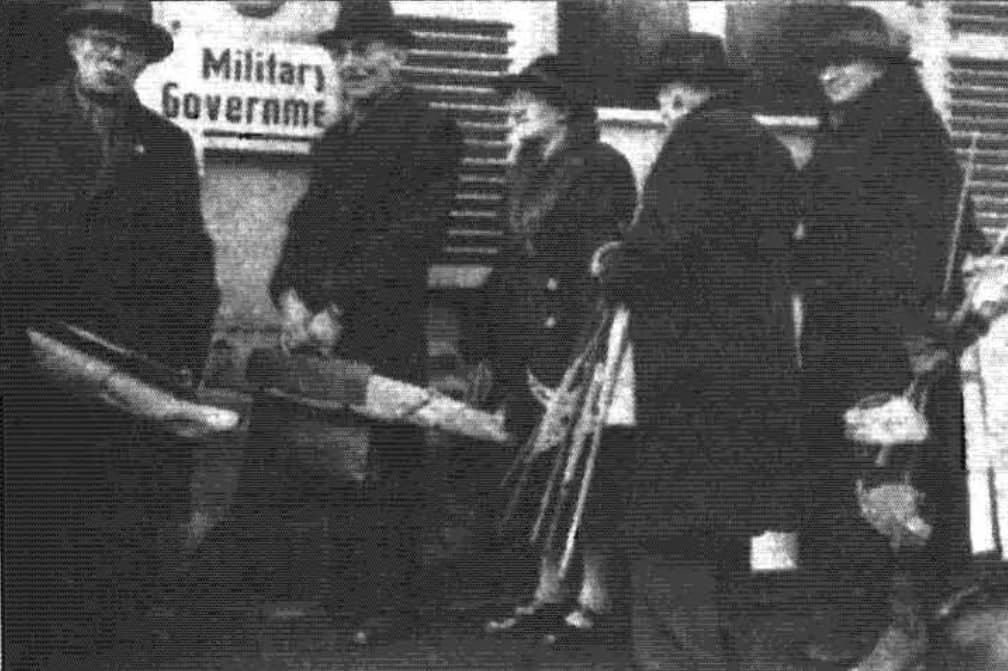 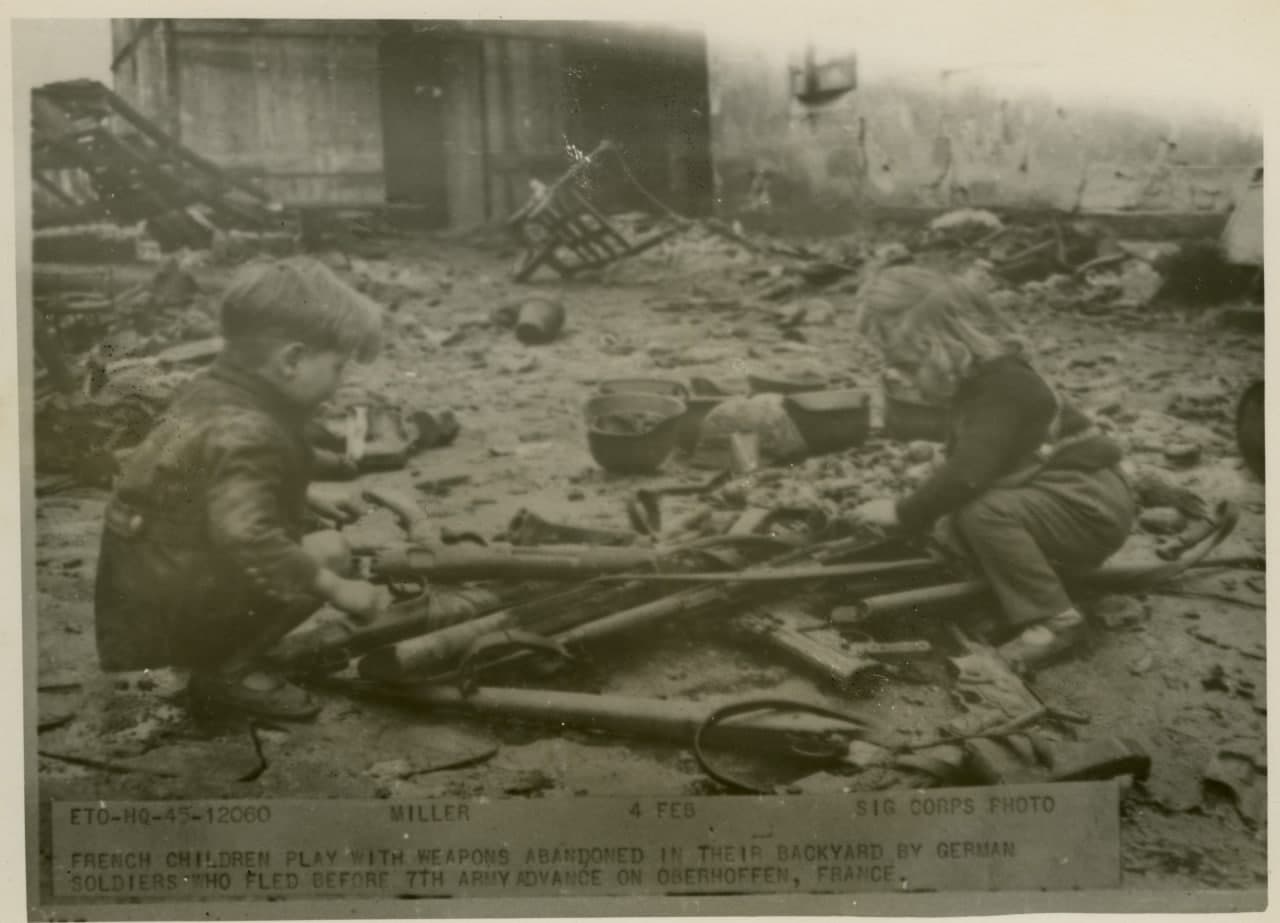 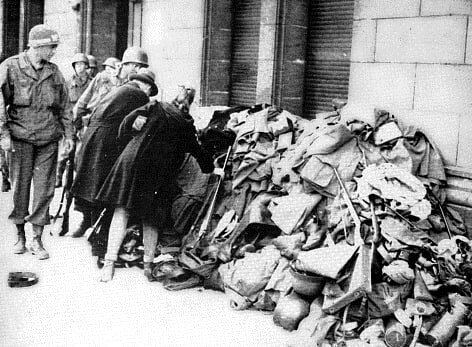 Hitler Youth classroom being educated on firearms at the Odenwald Schule, date unknown. 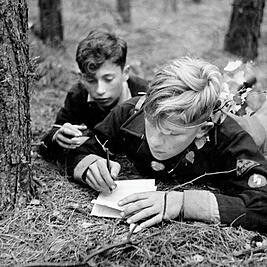 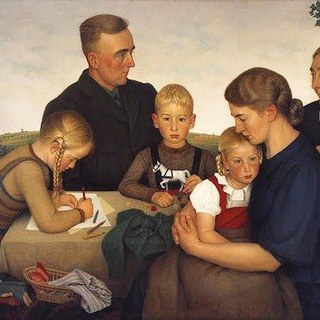 After the Second World War, the Allied Powers encountered a population armed to the brim. Germans had to hand in their firearms and the second great disarmament since 1919 had repeated itself once again [14]. War trophies - those being German...