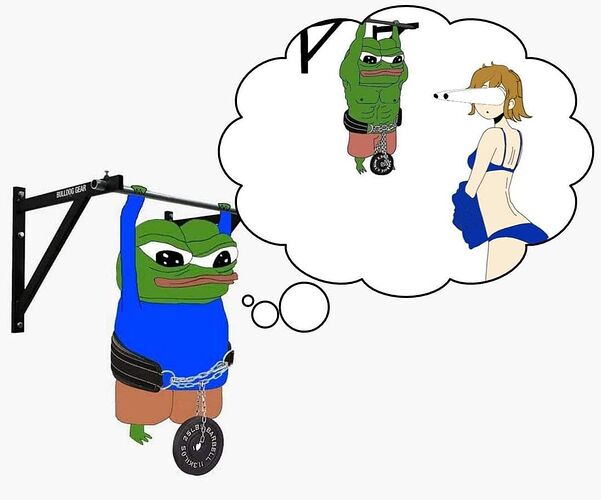 The backup platform after Telegram is not primarily digital. Focus mainly on personal social circles be they friends or family. Become more outgoing. Retain a digital presence tailored toward networks that mostly exist in person. Think of this less as a system and more as a way of life. Even if that sounds cliché.

Within the last few years a positive trend has paved its way across the digital-right. A shift away from ideology and evolved towards self & group improvement. Especially along the lines of becoming /fit/. The average, conservative-thinking young man wants to be a bodybuilder. Not a dogmatic yodeler of any specific ideology. Expressing change on a collective level only happens when you improve yourself and those closest to you.

You may not be able to “redpill” 100 people living near you. But you can invest better in your racial, religious, cultural communities. They may not agree with you publicly but you should seek out where there is some de-facto demarcation between the society you want and outside influences attacking it. In other words: start with joining regular groups that you don’t have to create or fear so-called “feds”. Join gyms, churches, clubs of some kind. We cannot predict your workplace, education, social life or standing with family. However, it is our wish that more people could simply seek out greater relationships with other people in their personal lives rather than focusing on the digital cause which has descended purely into inaction. Be it figures seeking to make money off of an audience or fixations on digital gossip. One of the main weapons used against us is social atomisation. It was a worsening situation years before the Corona pandemic which crystalised it. Nobody truly cares about virus this, vaccine that. What matters are social interactions. If it wasn’t for the pandemic another crisis could have popped up years prior or afterwards and brought similar results. The people that hate us do so because they have nothing else in their lives. They think you are ruining society because they subconsciously want to blame others for their miserable lives.

For every gender of the left wing, the right has 100 ideologies. Every 1-3 conservatives, right wingers or third positionists have their own highly specialised ideology that they share with no more than ten other people. This is the case because in the societies that held these ideologies were not constantly self conscious of them. These were so well blended into their way of life that they could reinterpret common sense or other observations and experiences in their lives as their fabric of society. And rightly so because you should adhere to common sense more than any sort of obscure world model. It should feel as natural as breathing. We believe in intuition and natural predisposition, not the enlightenment notion of molding every view in a person. The average person in all of these societies was not the same as the scribe class that had to consciously acknowledge every facet of their own governing system.

Truth is, you probably wouldn’t have fit in with the people in these eras. Whatever you think you are, you are some meta modernist in the current context of things. Most people in these societies are what we would consider “normies” in contemporary meme language. Their lives revolved around jolly laughter and drinking after labouring. Not much unlike their modern descendants. You’ll notice that some people echo throughout the ages because you’re very much the same as them. And in other regards, also different from them. You’re not your ancestors either. They would want you not to simply emulate them but to leave your own legacy. It is also important to think about the future and the world you leave behind you. You’re not exactly the past, you’re not the future per se. But you are the link in the chain and that is what you must work on. Most “like-minded” individuals will disagree with you, which is why you have to take a step back and look at the bigger picture. Work together for a common cause of a greater goal. And don’t act as if voting can bring that either. Politicians hold no convictions, they only join a party they sponsors will support them in. They could just as easily join the opposite position. Just because you agree with their stated morals does not mean they actually hold any. They will pretend to be outraged or champions of a cause while changing almost nothing. See all the regime changes of the 20th century, all the politicians simply change with the weather yet the same crowd remains in power. Politics at the core essence is natalism and violence, the other added ideological components are luxuries. We are not asking you to compromise. You should hold convictions, these are your internalized beliefs but ideology is a group action. You can’t have any ideology without being able to build or contribute to your own society first.

The era of voting and debating is long over. New catalysts for change require bulking up and growing social relationships. You know what to do. Move the mountain instead of thinking about the mountain moving. Discipline-signaling requires healthy amounts of testosterone. The specifics you crave need only be about moving the mountain and crafting ideological goals afterwards.

“We must all suffer from one of two pains: the pain of discipline or the pain of regret. The difference is discipline weighs ounces while regret weighs tons.” — Jim Rohn

How To Build A Fren Movement - Character - Natsoc