Gertrud Scholtz-Klink (1902–1999) was the leader of the National Socialist women’s organization ‘NS-Frauenschaft’ from 1934-1945, was a die-hard supporter of National Socialism and Adolf Hitler her entire life, despite barbarous jail sentences for her beliefs after the war. It is said that Adolf Hitler proclaimed her ‘The perfect National Socialist woman’.
She was interviewed in 1987 by Claudia Koonz who wrote:
‘…this was not an ex-Nazi. She remained as much a Nazi now as she had been in 1945 or 1933.’
Scholtz-Klink remembered:
‘If you could have seen the women of Berlin defending their city with their lives against the Russians, then you would believe how deeply German women loved our Führer.’ 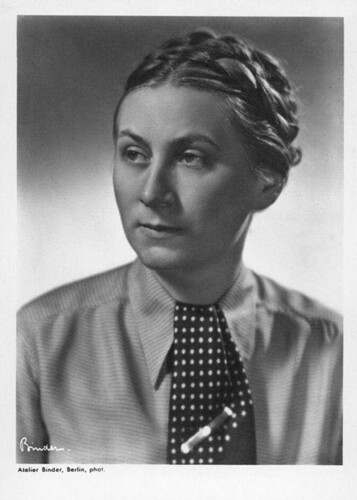 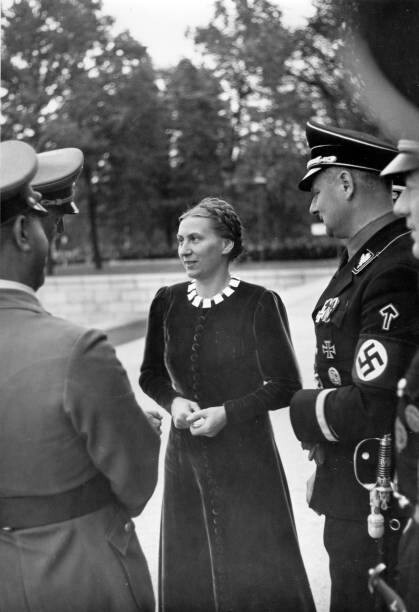 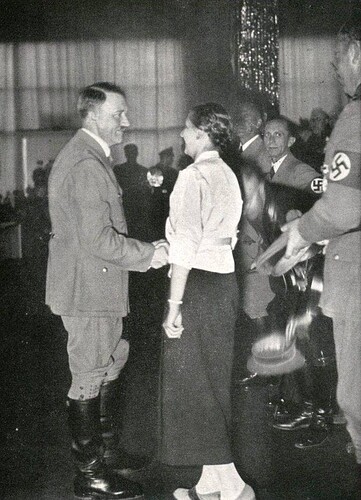 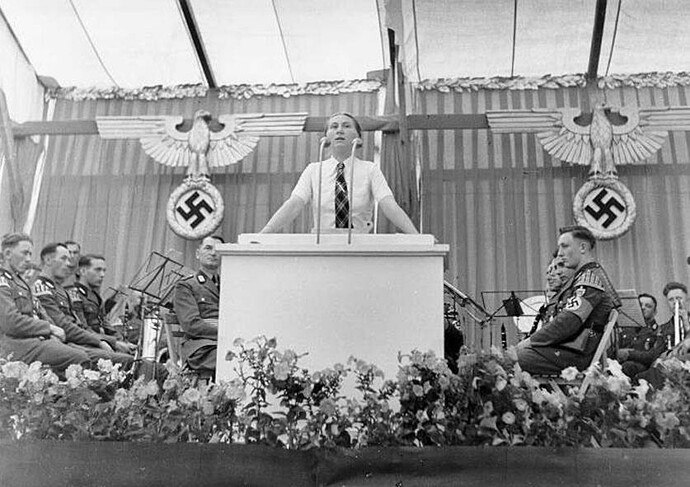 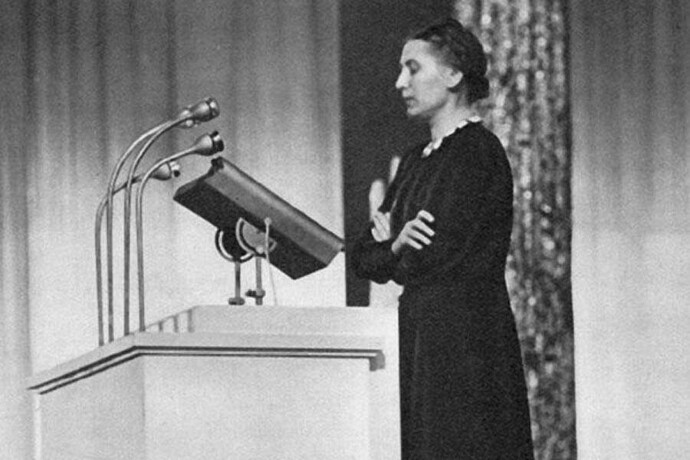 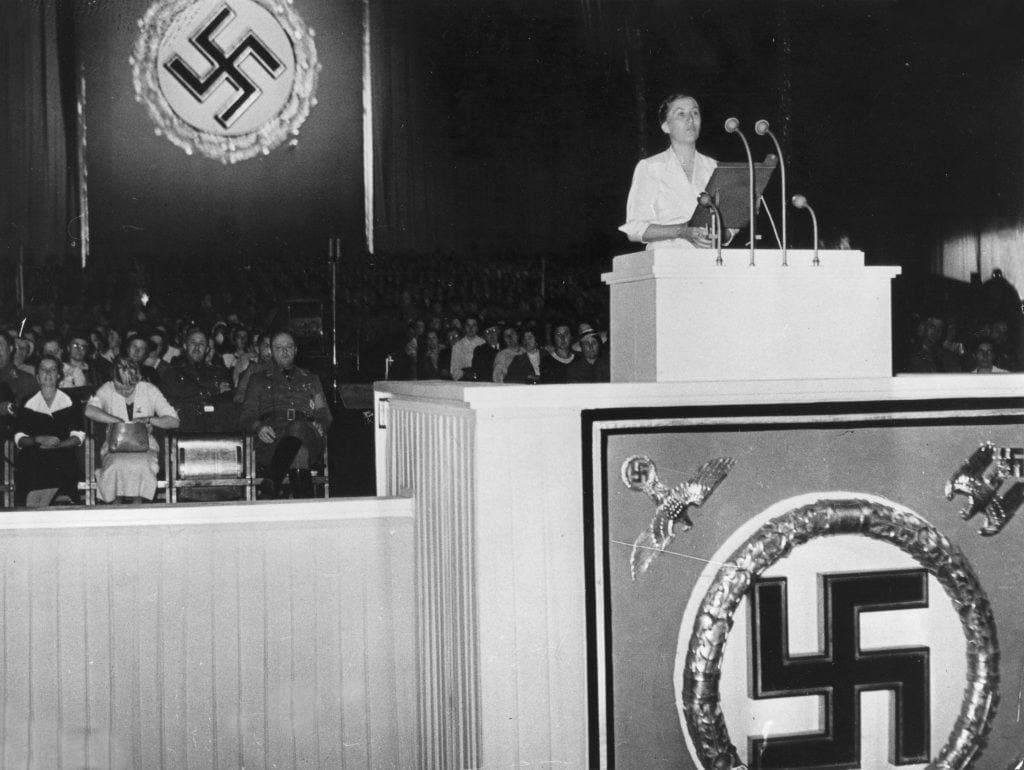 Hitler appointed Scholtz-Klink as Reichsfrauenführerin of the Women’s League in 1934, a position that defined her career and which she held until the end of the War. Under her leadership, the League created programs to educate young women and girls on household management, maternal health, child care, sanitation, cooking, and the use of German-manufactured products in place of imported ones as part of the national self-sufficiency program. Scholtz-Klink oversaw women in factories and on farms, and extolled the virtues of German motherhood and the establishment of homes where Aryans could raise families.