How To Build A Fren Movement

How To Build A Fren Movement.

This article seeks to inform the reader about group networking. On how to find 1% of people like us in the general population and more. For the sake of this guide, it mainly targets young people, if you’re older just mold the content to your own situation. 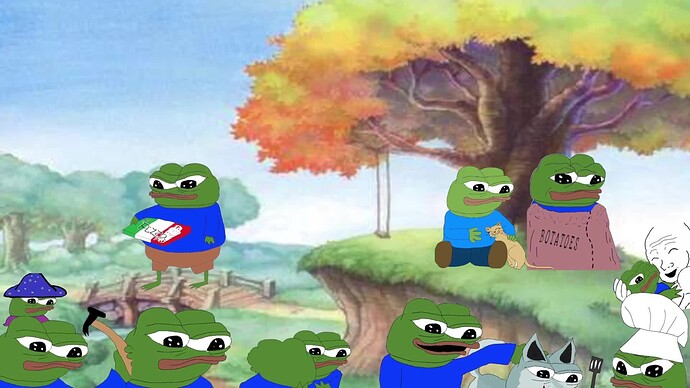 The main problem with people like us, the traditionalists, Nation-loving folk, [insert your ideology] is that we won’t dare to meet in the real world anymore, because we fear the unknown, we fear strangers. The digital world allows for us to proxy social interaction but we fall victim to paranoia, to “what ifs”. For users we keep in contact with, we fear they may be less genuine offline, more radical than us, even possible infiltrators… Which gives off a lingering feeling that we’re in trouble for supposed misbehavior. We are too dependent on the internet, we have to go to the real world, to our neighbors.

This presents a problem, how do we identify the missing link between ourselves and the bridge we build to trustworthy friends? Say there is a 1% minority of reactionaries, among a population of 30,000 students or of a general population of 500,000 inhabitants. The like-minded minority are hidden among these masses, a diamond in the rough under a constant barrage of demonization, this impedes us from direct exposure in the public sphere at large. Because we would be faced with social isolation, running around in circles, and fail the task at hand.

To confront the problem we have an effective tool at our disposal, the tool of choice is the funnel theory**. The means to this method is to be selective, aim with precision towards those who show some interest in what you have to say.** Start this process by adopting outgoing activities, joining clubs, attending places where you’re more likely to discover the kind of people you’re looking for. This is the technique to identify and get in touch with the 1% of people who may be receptive to you without them fearing for their safety. And without us wasting too much time on posters and so on. Organize dozens of small, totally public, and mainstream subgroups in several layers.

Create a real friendship with these people. The real journey in our quest to save the west are the friends we meet along the way. Strengthen this group of like-minded people by participating in a LOT of social and religious activities, keep politics to a minimum. A movement is stronger than a political group.

We have to join or organize several small, public, and mainstream subgroups in several layers. First, completely mainstream but connected clubs that filter towards more restricted clubs. Next, even more, restricted clubs, and so on. We have laid out the strategy in four tiers:

As per the first three tiers, you can just join them, it isn’t necessary to create or channel them into your group. Each of these groups functions independently of your core companions, Tier 4. In each tiered group, there is at least one other Tier 4 friend accompanying you, the objective being to collectively SPOT a person suspected of holding conservative views or the top 1% of said views within each tier. These people are then selected to integrate into your circle of friends or other tiered groups. Next, we will develop how to behave in each Tier.

How to Act in the three tiers. 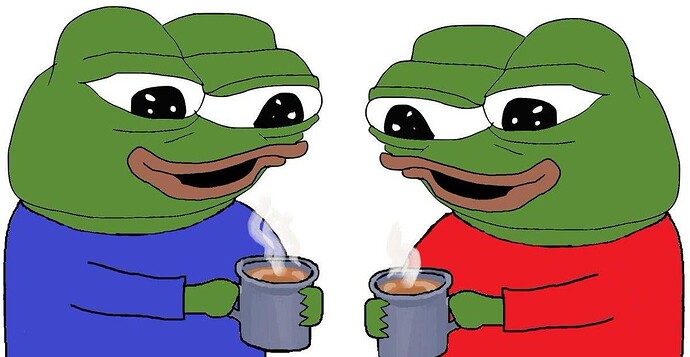 Next, in a different setting observe their behavior while drinking, touch upon sensitive subjects, let them react, collectively test them with friends. If they pass it, then they can move on to Tier 2.

These satellite organizations have to meet the so-called “mommy criteria”.

These clubs need to be mainstream enough so that no one’s ashamed to go there. But at the same time let everyone know that it’s unusual, that it’s for insiders, for enthusiasts.

Continue participating in mainstream events, this time in the more conservative ones, except begin punching in the direction you wish to channel these groups:

Inside these groups search for those among them usually holding doubts in their groups, those who are asking more questions than they should. They are the people who get eventually sidelined by the main group.

If they pass and aren’t shocked, we move on. If not, we’ll stop there.

But if it works, we are certain to speak with people with conservative and nationalist views. So we move to Tier 3.

Note : this tier 2 can be useful in finding decent women for your groups in order to make families for all but this should be secondary, you guys don’t want to be known as the desperate guys looking for a girlfriend.

These people are joining the backbone of your organization. If these people are ready, of good quality and willing, individuals selected among them are directed to Tier 4

In the end, you get the crème de la crème of conservative, etc… Very traditional people who came to you without freaking out, and then who stay because they just feel like they’re in a group of buddies.

And the great advantage of this technique is also and above all: Nobody is left behind, every person can have their value. We are not only interested in the people from Tier 3 or 4, the more traditionally inclined, but we also keep in touch with ALL of the others, no purity spiral, no elitism.

The groups have to manage, to “compartmentalize” the activities and maintain a silent core. Along with plenty of small, mainstream, sympathetic satellite /allied organizations.

Networking - The Social Side.

That’s exactly what makes a movement last: it becomes like a big family, where everybody wins something. That’s what builds and strengthens the ties, A big chunk of the activism should be destined to do something other than politics, to strengthen everyone involved.

This should be natural, not forced, from the perspective of everyone within the network, where everyone thinks the same and helps each other, without even knowing it. That’s the magic of it because everybody knows each other at two-thirds of their intimate beliefs.

People have nothing to lose by frequenting this circle of people, even if something bad happens, you know people will stand at their side. It shouldn’t be very political but everybody should agree on the same political line, and at the same time there is the core of traditionalist within all of that

You have to think of it as something purely informal. By people bringing in their friends and stuff… Only activism can’t work. What works is social. Camaraderie, collective recreation.

It’s time to go out and make Frens. 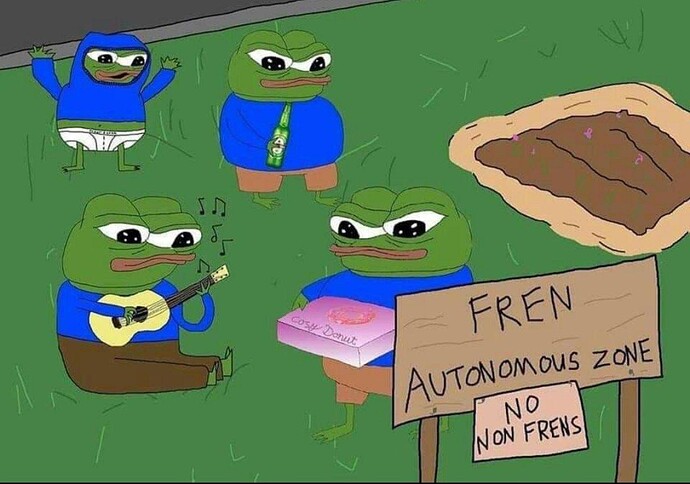 There are some Internet people who display understandable but bad habits and behaviors, which keep them from having a healthy social life and joyful social experiences with others.

If this is you, there’s no need to feel embarrassed. As we said, it’s just understandable. We live too in the very same year and we know what’s going on. This guide is for you. And if you just want some tried & tested methods to have a better social circle, well dear friend, this piece is for you too.

Enjoying a positive environment, a solid network of friends, is the cornerstone of you’re social life building. It’s the foundation to build your life upon. , of all human life. If you choose to remain alone, lonely and depressed, you’ll die every day. But we want you to live and thrive, and that thou shalt do. So it’s time for you to make the first step !.

“We’ll likely face very extreme situations, and few people will be prepared for them. We’ll need all the help we can get, so better to build up mutual trust relationships beforehand than facing anons dealing with people when everything has just turned chaotic. In the history of societal disasters, collapses, and radical authoritarianism are commonplace. Those who stood alone were easy prey to people who had built gangs. Remember; Apes alone strong, but Apes together are invincible.”