How to halt blood loss from a gunshot wound 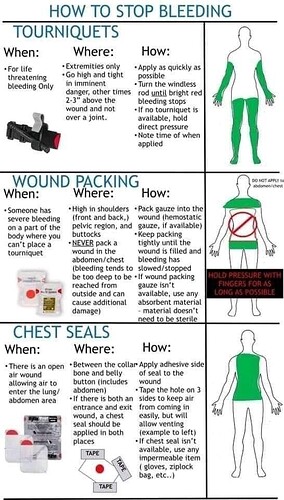 For more info about Tourniquets, Use of Tourniquets — REAL First Aid . Tourniquets are an effective method of controlling serious bleeding which may not otherwise be controlled by simple measures but only if applied effectively.

The greatest risk of serious complications are due to inappropriately or incorrectly applied tourniquets, not the tourniquet per se.

Rationale for Tourniquet use in a civilian setting 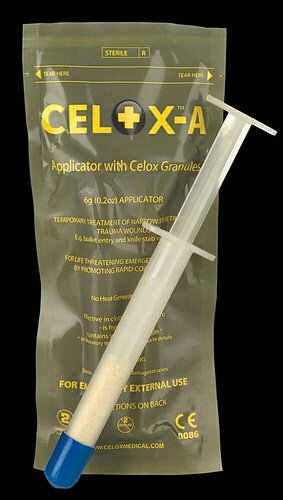 By the way, there actually IS a neat new system for stopping bleeding deep in the abdomen. Its not super effective with fragmented 5.56 rounds, but it does work way better than surface applications and pressure. Its called the “Celox A” applicator, and its basically a long plunger to get hemostatic granules deep into the wound. 30$ a pop though.