If you can get Christians to acknowledge the truth of Christianity being a foreign imposed religion they will often fall back on, “well its part of our history now”. These same people will often at the same time, ignore the traditional folk ways, which are the vast majority of European History.
To consider ourselves to be a Christian people requires the ‘white erasure’ of more than 99% of our history as a people.
A white convert to Islam can make the exact same claim of Islam being part of European History now that some have adopted it as the Christian makes about Christianity. 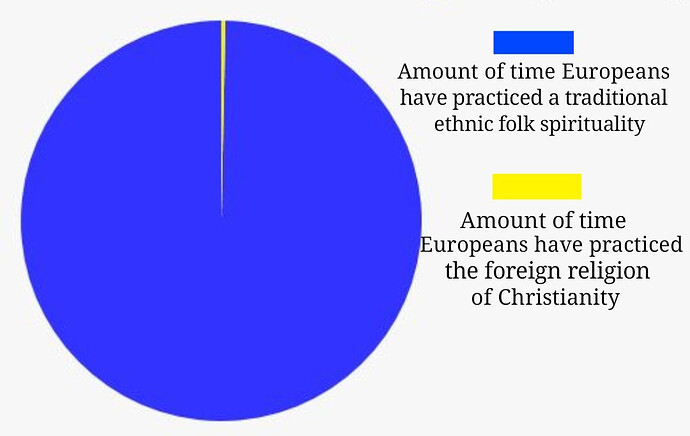