Ever really wonder why the US government recently disclosed about UFOs and releasing footage of encounters with them. It’s because the UFOs belonged to and are operated by the Breakaway Germans (National Socialist Germans).

The Pentagon knows very well who is behind the UFO phenomenon but can do absolutely nothing. That’s why they are more focused on diversity rather than UFOs.

Hitler and the NSDAP created a new monetary system for the Germans, called the Labour Treasury Note. They had outlawed usury, by punishment of death and created a new Deutschmark that was backed only by productive German physical and intellectual labour. Their method cut off the cancerous, international banking cabal and was also the blueprint for shattering the jewish NWO. The Jewish Rothschild cabal was about to be rooted out in more countries than just Germany.

The Jews and their golems had to declared war against Germany to stop this financial revolt/liberation from taking root on an international scale, because the world was watching the German economy took off like a rocket, after the parasitic banksters were deleted from the equation. This is the main reason the “Holocaust” lie and the constant vilifying of N.S. Germany are pushed heavily so that the masses can never know the truth on how to break off the shackles of the jewish banking system.

The jewish infested US government and other governments alike on this planet are scared to death about their eventual return to liberate this planet out of jewish control and of course save Europe and people of European descent (only the good ones aka racially hygenic) in the process.

The “aliens” are actually the Reichsdeutsche (Imperial Germans).

The jewish infested US government and others alike on this planet simply can’t admit about that to the public due to not wanting the existence of them or that the National Socialist Germans are not completely gone nor defeated to be widely known to the masses.

Hence the constant ramping up of anti-White and cultural degenerate insanity in the past few years and now with the medical tyranny of the fake pandemic known as “Covid” via forced vaccinations, vax passports and lockdowns as the jews and their golems know they are on borrowed time.

The Germans were not ‘SO’ advanced at the end of WW2 – but they are now. They were just finishing their Haunebu and Vril craft at the end of WW2 – and they did not have that many of them – some of them were not even fitted with weapons at that time. And I don’t think they had completed any cigar shaped mother ships then.

They also had a policy not to use any weapons in WW2 that they could not combat themselves – weapons that they themselves did not have answer for. Only when they had developed a robust defense against the newly developed weapons would they use it. If one of their weapons fell into the enemies’ hands it could cause them a lot of trouble, if they did not have this policy. Which was a wise move.

It was very clearly a tactical retreat to Antarctica and South America. They had to secure the future of the German people – that was their most important goal. And they have done that now. They have also collected DNA and now have a much larger, and even more gifted, population.

You don’t risk your newly developed technology. They had a small population and new – largely untested – technology. You retreat and regroup. This is common sense.

In 1945 they had a large submarine fleet, and a very small (newly developed) UFO fleet and not many troops – all mainly stationed in Antarctica. They could not stop the heinous and despicable atrocities committed against the German people in their homeland. You protect what you have and go from there. In 1947, during Operation Highjump, they could defend themselves very successfully at their remote base with their new technology.

After WW2 the allies tried to ‘tempt’ the Germans out, and get them to show their hand too early. But they were wise to this. It must have been hard but they maintained their discipline. (Ernst Zundel does address this subject briefly in his book)

With wisdom you use your technology to venture out into the solar system and establish yourselves there. You expand and develop further – with access to new materials, information and technology. Eventually you assist the people on Earth in other dimensions / realms… Yes, they are absolutely doing this. You also secretly sabotage military targets as well as space and military technological developments on Earth.

(They were beginning to develop an understanding of other dimensions and the bending of time with ‘The Bell’ / ‘Die Glocke’. They are capable in this area now.)

They are in space, in the depths of our oceans and flying around our atmosphere – they are now much more advanced."

The main reason NASA lies constantly, which creates so much suspicion and confusion for some – is that the Germans are settled on The Moon and other celestial bodies in our solar system – and there could be some other groups out there as well. It is that simple. Jewry and The Banking Cartels (and freemasons) are running things and are looking to create this New World Order. Who is it they wanted to wipe off this planet – who was their nemesis that nearly stopped them during WW2? It was the National Socialist Germans. A group that they have lied about incessantly, and that they have told everyone they have defeated but, of course, they have not. They want to hide this from us.

2 men in eastern Germany in metallic clothing jump into a flying saucer and fly away in east Germany (document from 1952, no idea when the incident happened 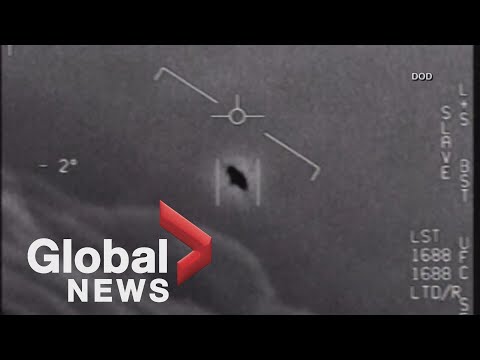 UFO sightings in outer space are sightings of unidentified flying objects reported by astronauts while in space that they could not explain at the time. These sightings have been claimed as evidence for alien visits by ufologists. Some of the alleged sightings never occurred: science fiction writer Otto Binder perpetuated a hoax claiming Apollo 11 Commander Neil Armstrong had encountered UFOs during the Apollo mission. UFO proponents see comments by astronauts or photos processed by NASA as on In...