José Antonio Primo de Rivera (1903-1936) was the founder of the revolutionary Spanish Fascist Falange political party. The word Falange = Phalanx, as in the tight military formation popularized by the Roman legions. 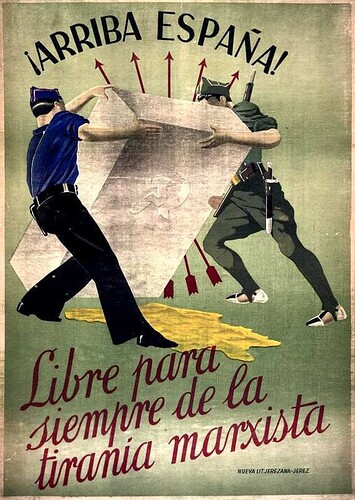 ‘Fascism is not a system of tactics-violence. It is an idea-unity. Against Marxism, which affirms the class struggle as a dogma, and
against Liberalism, which demands the party struggle as its very machinery of operation. Fascism maintains that there is something above party and above class, something whose nature is permanent, transcendent, supreme: the historical unity called the Patria.’ - José Antonio Primo de Rivera 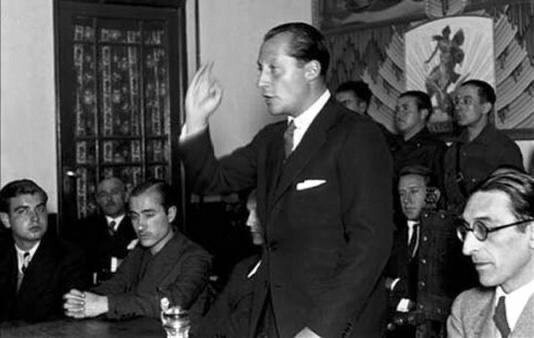 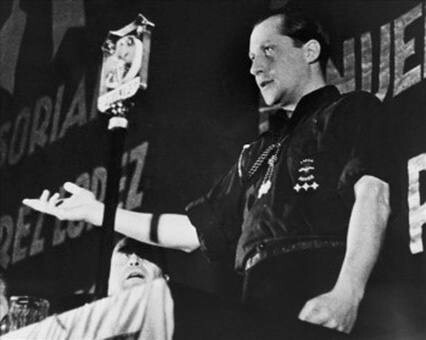 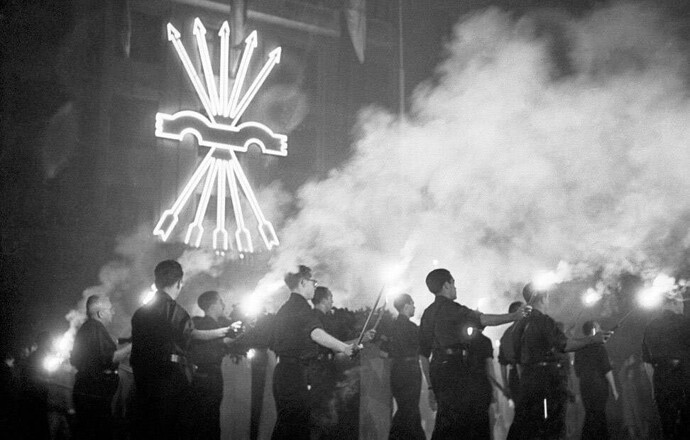 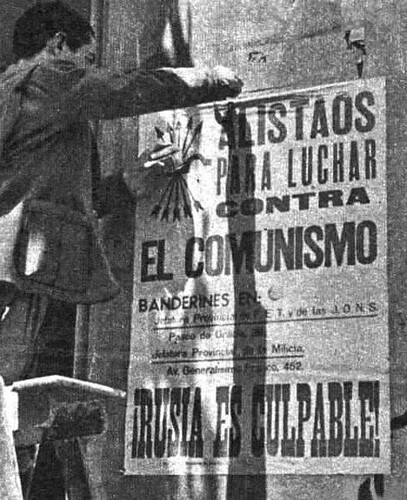 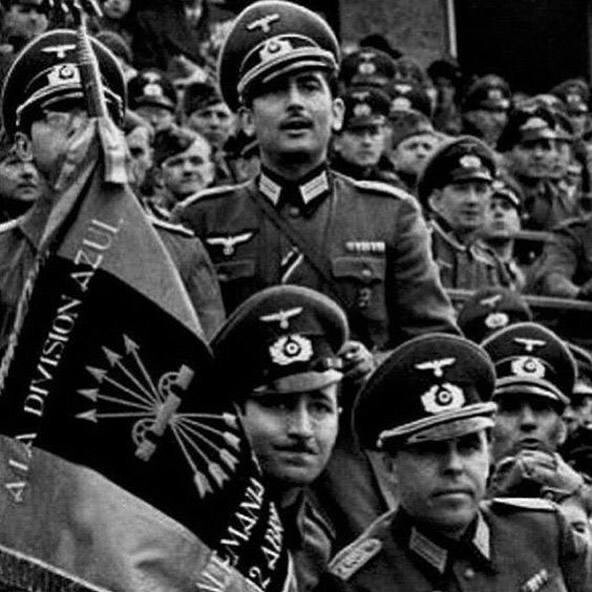 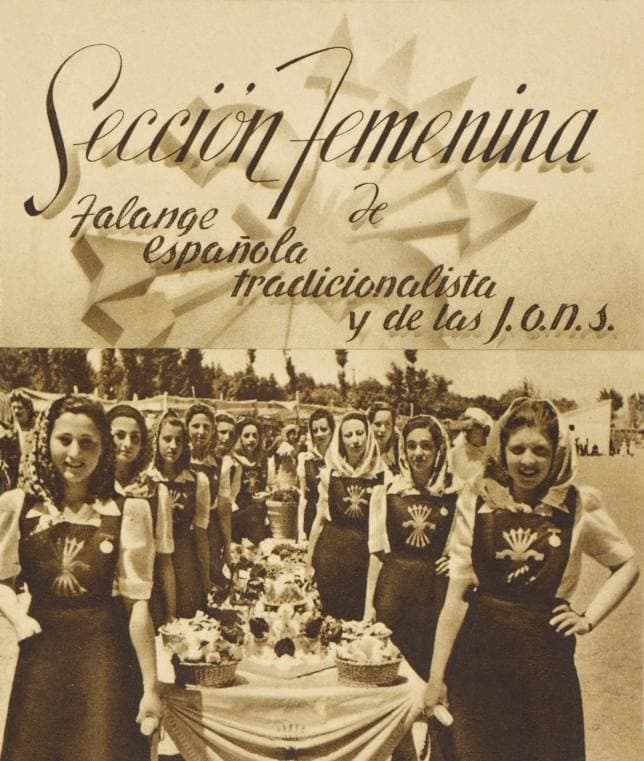 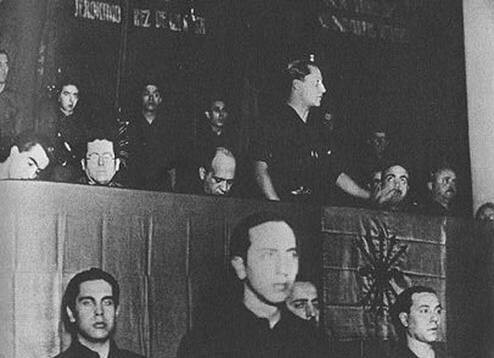