Why They Were Made

In 1933, the National Socialist government proposed to create rural play schools to help mothers and children in the countryside since they were unable to travel long distances where play schools had already been established, such as the towns and cities [2]. Although there were many who did not feel the need to have these play schools because they had already relied on relatives to look after rural children or bring the children to the fields for work, there were also many in the countryside who appreciated the National Socialist People’s Welfare (Nationalsozialistiche Volkswohlfahrt) for creating them because they were the first to come around [3]. These rural play schools were not particularly a new creation, rather they had been around in Germany since the early 19th Century, but they were greatly increased during the Hitler era [4]. The state had also created these play schools so that the mothers could fulfil other state duties, such as looking after the harvests and birthing more children [5].

In order for the state to keep the costs low for these play schools, locals were encouraged to supply their play schools with local produce such as milk, potatoes, and vegetables, so that the children could receive the food free of cost [6]. Children over the age of fourteen also helped in or were employed in some form of farm work, which increased productivity and sustainability of the play schools. [7]. 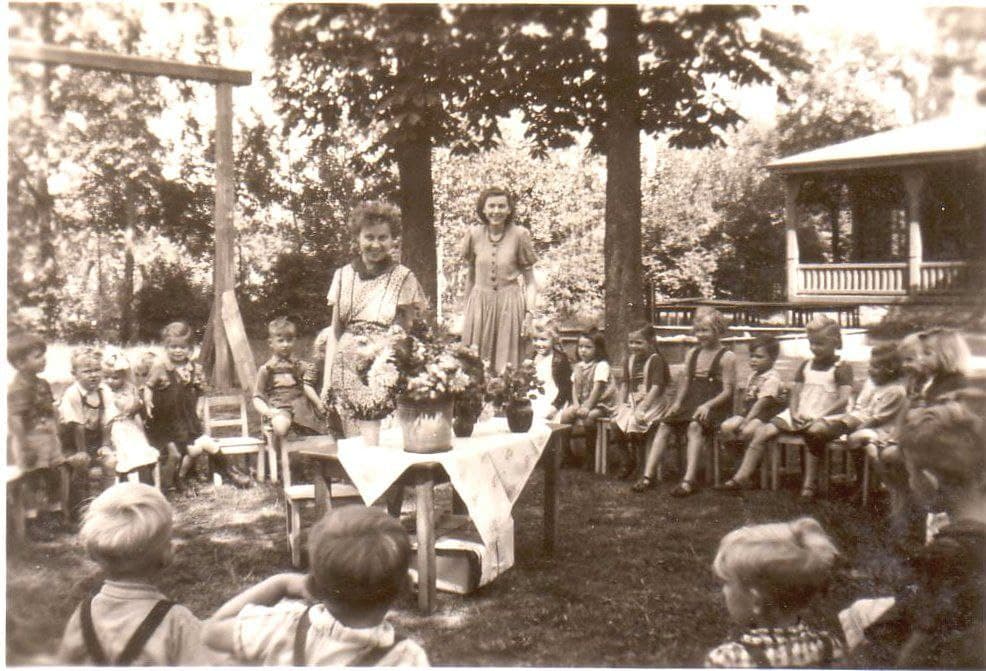 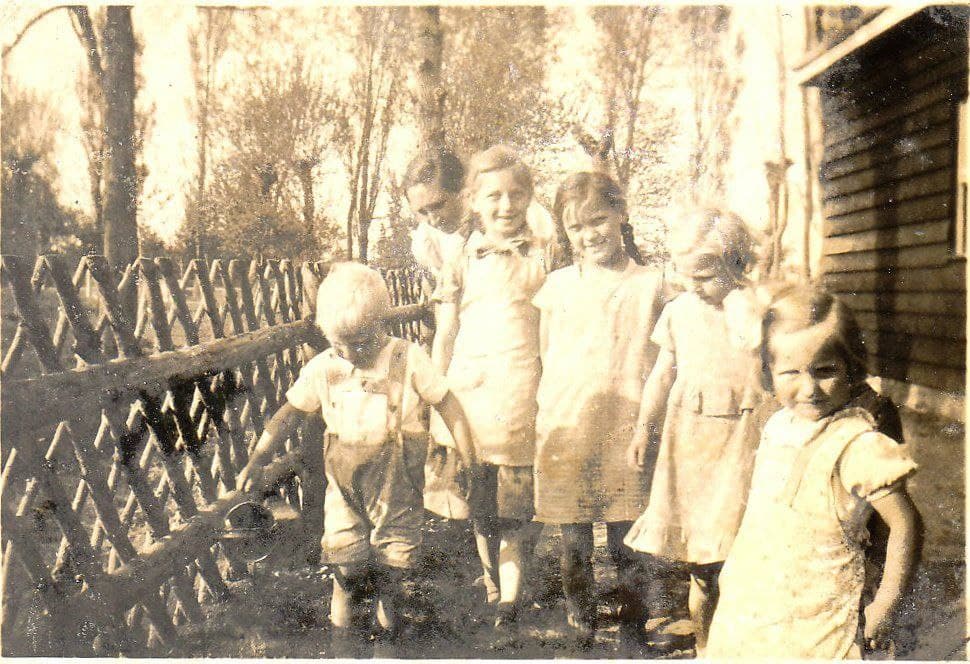 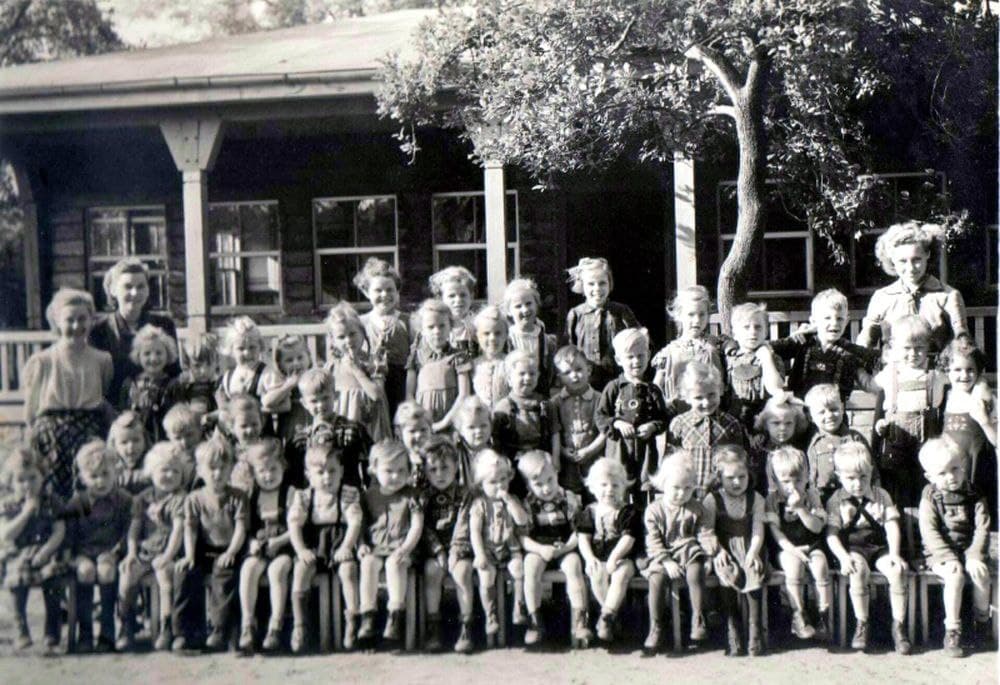 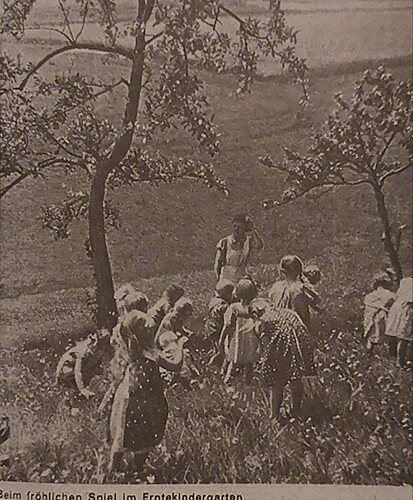 “Playing happily at a harvest play school.” Taken from issue 23 of the National Socialist Frauenwarte magazine, 1939.