The leader of the British Union of Fascists, Sir Oswald Mosley, receives a salute from women members at the Blackshirt rally in Hyde Park, London. September 9, 1934 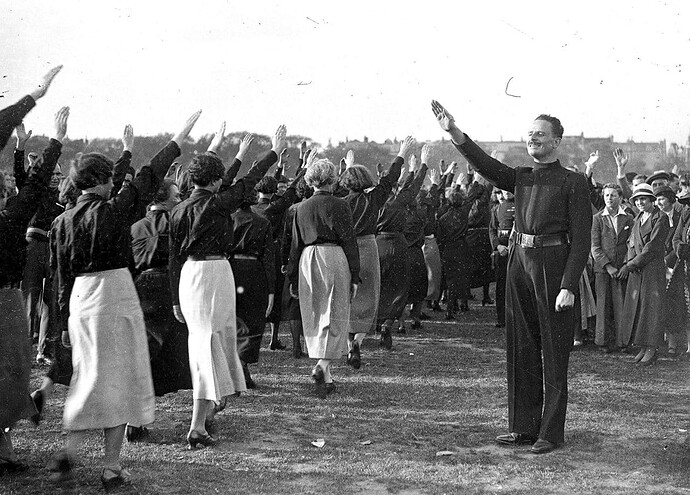 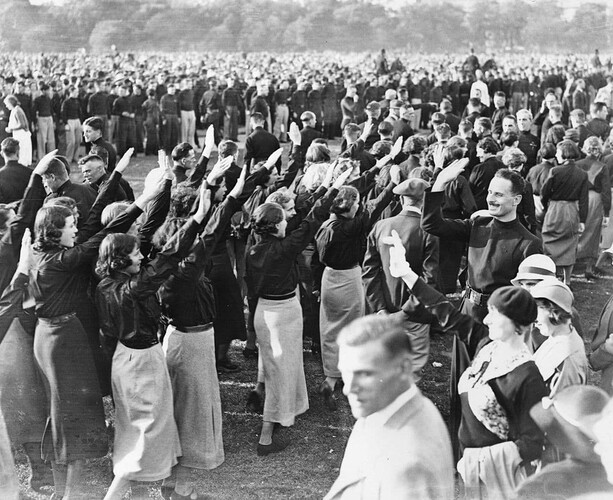 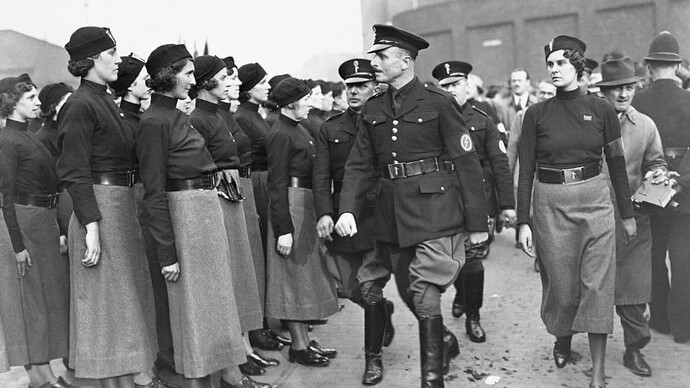 Oswald Mosley saluted by women members during a BUF march in London. May 7, 1939.