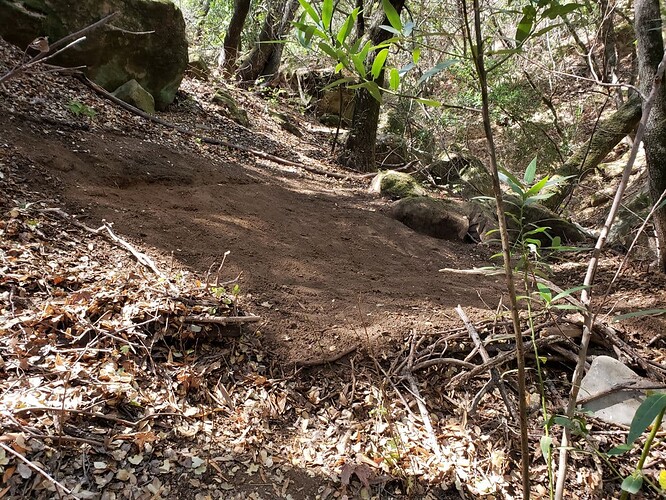 This location was deemed a good one, and as you can see the dirt and leaves were moved in order to create a flat area. The idea of a somewhat lean-to had been decided. 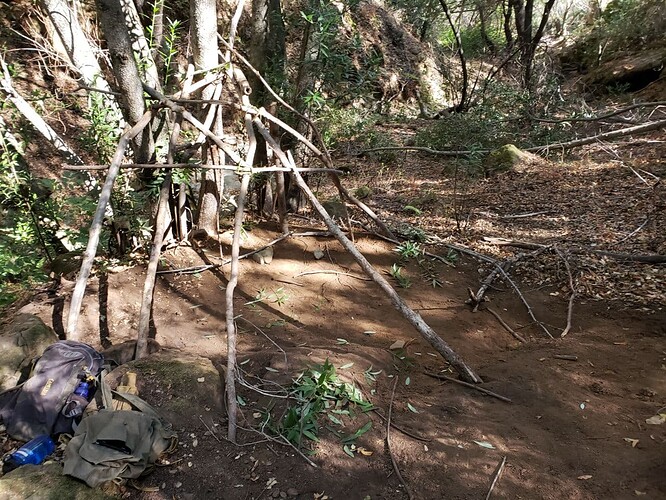 More dirt was removed, and it was time to start building the frame. Large sticks were gathered, and the frame of the building was constructed. 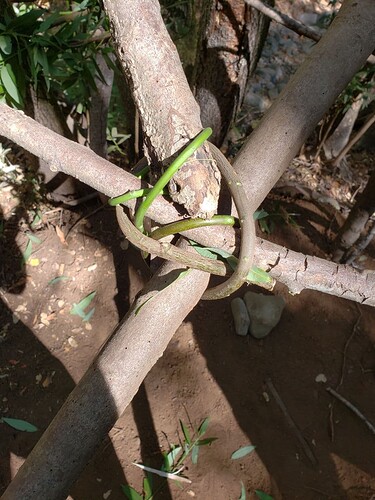 Lashings made of switches found nearby proved to be a good way of additional support, and the progress was coming steadily. More sticks had to be gathered from all over the glen. 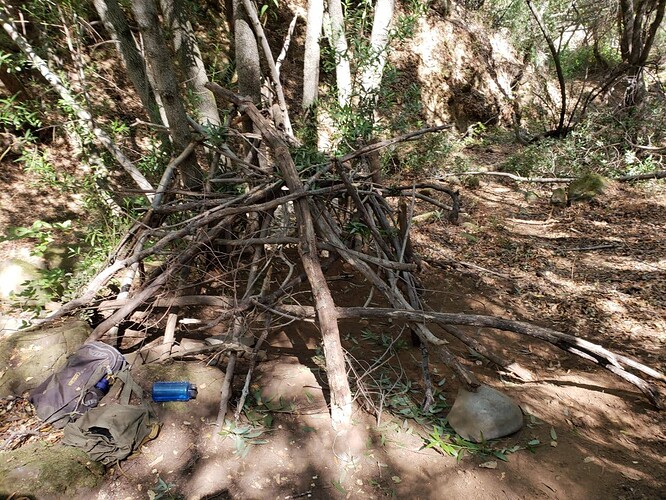 All the gathered logs had been cleared up and it was decided on the next day scavenging for foliage would be the next task. 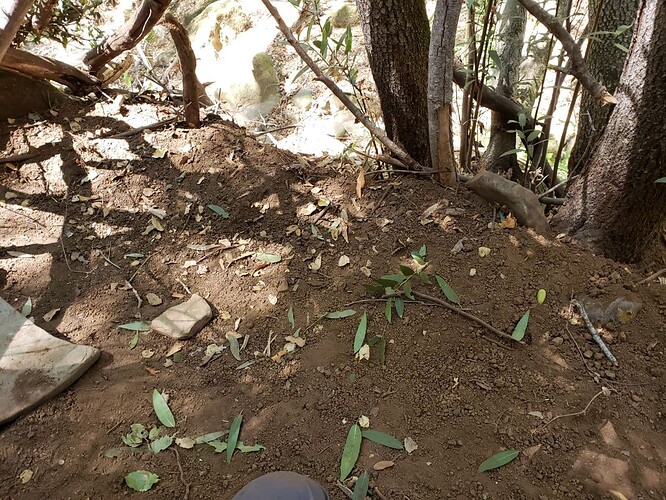 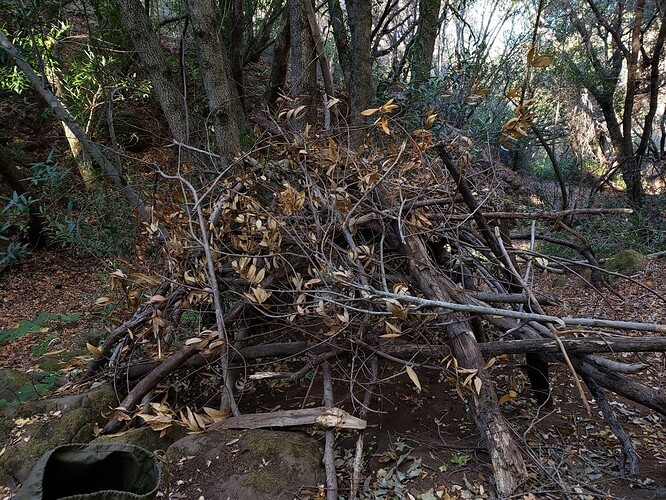