The practice of eugenics involves controlled reproduction through a selective group of people to achieve the outcome of racial or genetic improvement. There are two foundational principles for eugenics, namely positive measures and negative measures. Simply explained, positive measures encourage those who are fit to reproduce, and those who are deemed unfit to be sterilised or isolated. Those deemed unfit are usually the mentally challenged, the physically disabled, and those with undesirable hereditary traits. Eugenics is not a science that looks to state a fact, rather it is a practice that is designed to perfect the racial group, and it can therefore be quite radical in its implementation. This practical science dates back thousands of years to the time of the Spartans and the Romans, in which during both of these periods, for example, infants and children would be determined whether they were fit to live by checking for any deformities and abnormalities, thus ensuring that healthy stock was in abundance [2]. Though eugenics was not coined thousands of years ago, it was still thoroughly practiced in microscopic ways.

Of course, National Socialism was not the first to birth racial science, rather it was one of many ideological drivers of the early 20th Century to pursue and progress racial goals. Following from similar concepts of original eugenics stemming from Sir Francis Galton and Social Darwinism, Adolf Hitler had desired to implement original eugenical practices into the paragraphs of law, forging the science into a legitimate reality. It is important to note here that Hitler was influenced, as were many eugenicists of the time, by the science, but not exclusively inspired by Galton and Darwin [3].

The consequences of the First World War, with the losses of healthy men (more than 1.6 million), and the Weimar Republic, with its constantly low birth rates (14 per 1,000) throughout the partying 1920s, left the German people in danger of existence, and the German people knew this [4]. If the German people were to survive, it meant that the procreation of the pure and strong had to take priority. A collection of writings called People in Danger (Volk in Gefahr) by Otto Hellmuth, with an afterword by Arthur Gütt, had explored the causes of the German population decline and inside, on page 53, it had stated how Bolshevism, Judeo-Christianity, and “the ideologies of the past 1,000 years” had set the German people in danger [5]. Adolf Hitler also firmly believed that the failure of parliamentary democracy was to blame for the dying German race and he believed that only a racially based community (Volksgemeinschaft) could restore those German losses [6]. The structure of this Volksgemeinschaft was one in which Germans would be harmonious with each other and understand that class struggle means nothing in the face of German existence and prosperity, thus every German would devote themselves to the preservation of the race [7].

In order to restore that of which was lost, the National Socialists created various programs and sectors of government to ideologically educate the masses, carry out population increase, and purify the folk. The National Socialist Office for Racial Policy (Aufklärungsamt für Bevölkerungspolitik und Rassenpflege der Nationalsozialistische Deutsche Arbeiterpartei) was tasked with enlightening the people in race by distributing pamphlets and magazines such as New People (Neues Volk) and You and Your People (Du und Dein Volk) [8]. There were marriage counselling centres and advice centres run by the National Socialist People’s Welfare Organisation (Nationalsozialistische Volkswohlfahrt) to teach “racially pure” Germans of their responsibility to marry and bear children and to support existing mothers and fathers [9]. The National Socialist Physicians’ League (Nationalsozialisticher Ärztebund) regulated health guidelines, especially those in the realm of marriage, to deem if a couple were fit to marry [10] and the physicians also conducted regular health checks to ensure good health among the German people [11]. The Reich Association of Marriage Registrars in Germany (Reichsverband der Standesbeamten Deutschlands) was responsible for issuing the Ancestral Passport (Ahnenpaß) which was a passport of ancestry and identified who was Aryan and who was not [12]. The Wellspring of Life Program (Lebensborn) was a program completely dedicated to eugenical practices by matching pure-blooded German men and women together to procreate [13]. The list goes on for how the National Socialist government regulated eugenics in law but I will not mention all of them as there are far too many.

The Problem of Christianity in National Socialist Eugenics

National Socialist racial ideology and Christianity, mostly Catholicism, often had doctrinal collisions with each other, and this did not exclude the realm of eugenics; for example, While the Catholic Church had seen each person as human in God’s creation, according to Hans Walz, a member of the National Socialist Party and the Schutzstaffel from 1933, “if one were to believe the priests, a Negro, baptised as a Catholic, was closer to a young German Catholic girl than a non-Catholic German man.” He goes further to say “Christianity had opened the way to racial abomination of mixed marriages among the people of different blood [14].” Hitler also had great praise for Sparta in its eugenical practices such as those in which the Spartans had discarded those who were disabled [15]. It was here that Hitler, among other personnel of the Schutzstaffel, believed that Christianity had opened way to racial mixing.

For those in opposition to Hitler, Bishop von Galen - a knighting defender of Catholicism in my own words - heavily disagreed with the National Socialist regime even before its assumption to power. On 3 August 1941, Galen protested against the Aktion-T4 program, which was a program dedicated to isolating the disabled and mentally challenged [16]. Westphalia was a problem for the National Socialists to bring into their influence because of its heavily Catholic population, and this is where Galen had drawn the Catholic masses together against the program [17]. Galen was not the only one among the faith as Pastor Niemöller and Dietrich Bohnöffer openly opposed Hitler, too [18].

As I mentioned at the beginning, eugenics can appear to be quite radical in its implementation and it is for this reason that it has to be done right. The National Socialists had devoted themselves to this cause of purifying the folk and enhancing their genetics because they firmly believed that a civilisation, which was pure in blood, was at the top of the hierarchy, and this is understandable. Eugenics is the science of creating beings which are genetically superior to withstand harsh conditions which could otherwise lead to their extinction. The fact is that the process of eugenics, depending on how it is implemented, may not be pretty for the “undesirables,” but the end result for the folk is a healthy one. What I would like to mention, though, is what frustrates me the most: modern historians look back at Sparta and Rome and speak more eloquently about these periods, yet when Hitler wanted to do the same, they smear him in an abundance of hatred. The comments made by these modern historians are ridiculous. 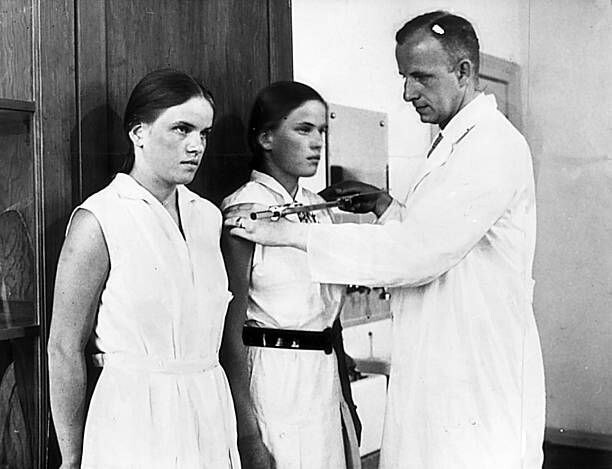 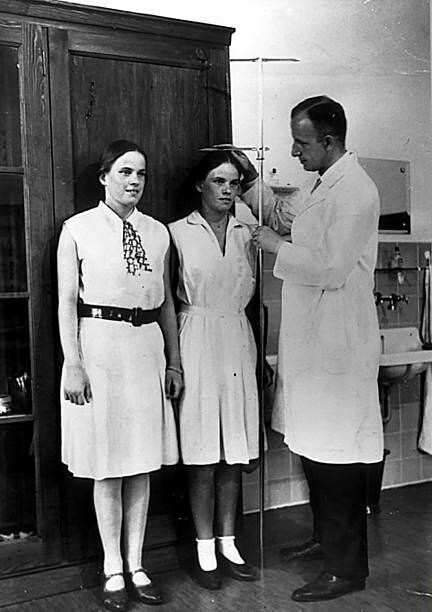 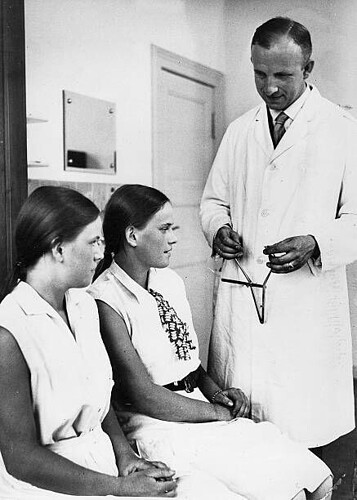 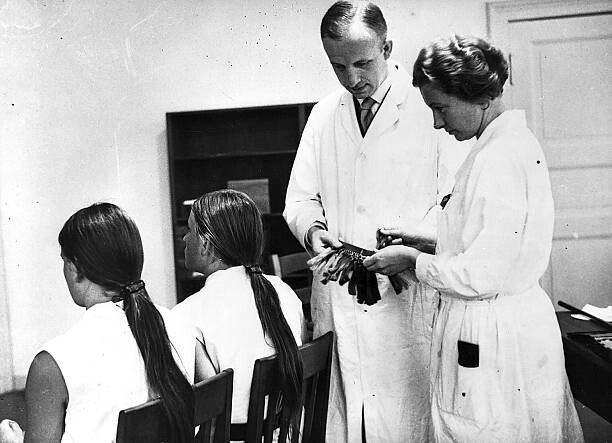 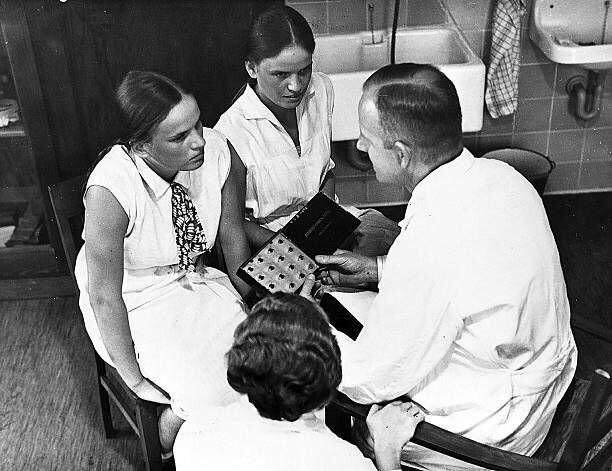 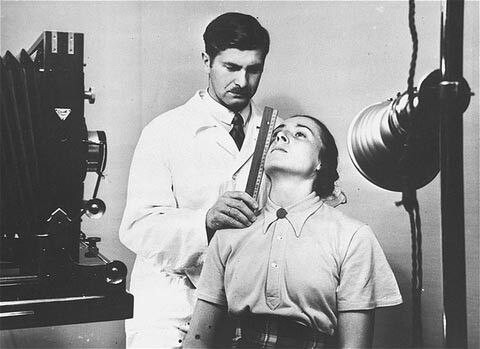 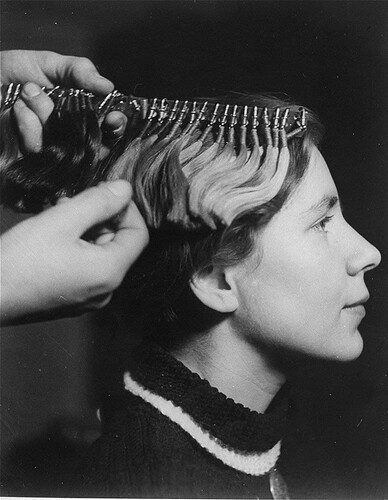 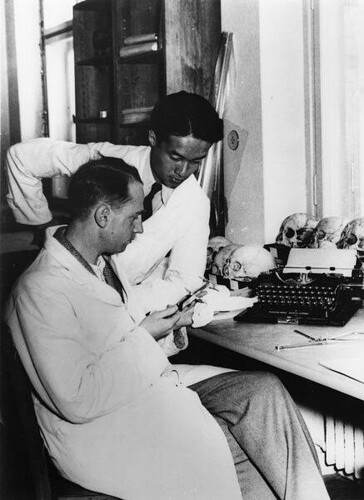 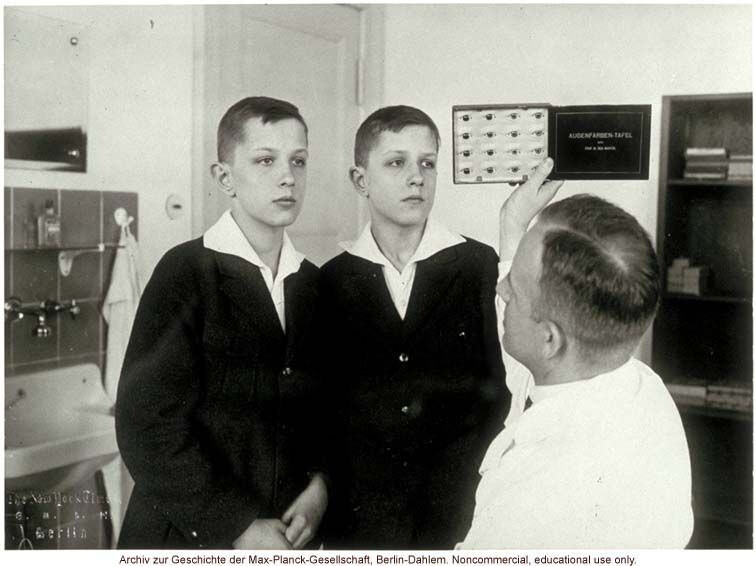 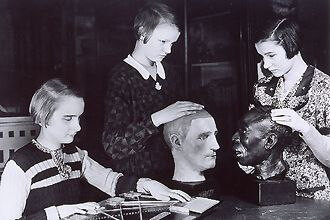 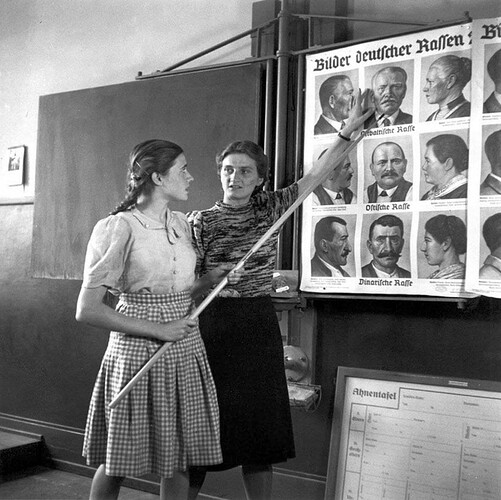 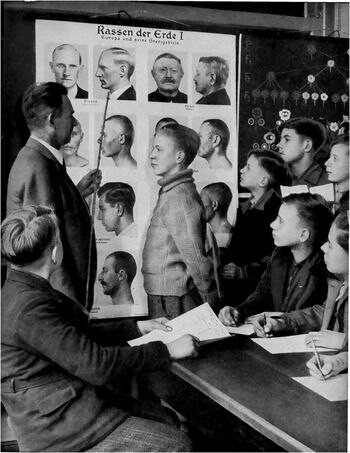 The following photographs above are examples of eugenical practices during the National Socialist period which detail examinations, studies, and research conducted by various professionals of their time. All of the sources to the photographs can be found in the sources list [1].