Women of the Falange

Pilar Primo de Rivera (November 4, 1907 – March 17, 1991), Leader of the Female Section of the Spanish Falange, was the sister of José Antonio Primo de Rivera but set her own course in administering the women of Nationalist Spain. Despite this, and after having survived the Spanish Civil War, in which two of her brothers died, she attempted to prevent reprisals being taken against Republican militants’ widows. 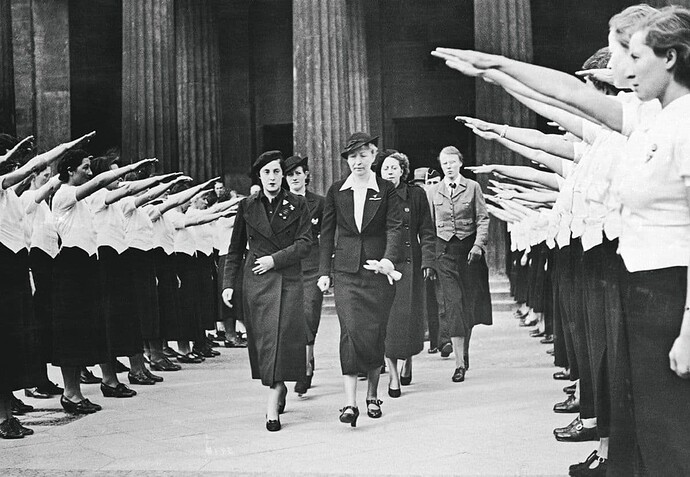 Led by Pilar Primo de Rivera (center left), a group of Spanish women Falangist leaders, representing the Nationalists, is welcomed in Berlin by leaders of the National Socialist Women’s League and saluted by women of the German Labor Front. April 21, 1938. 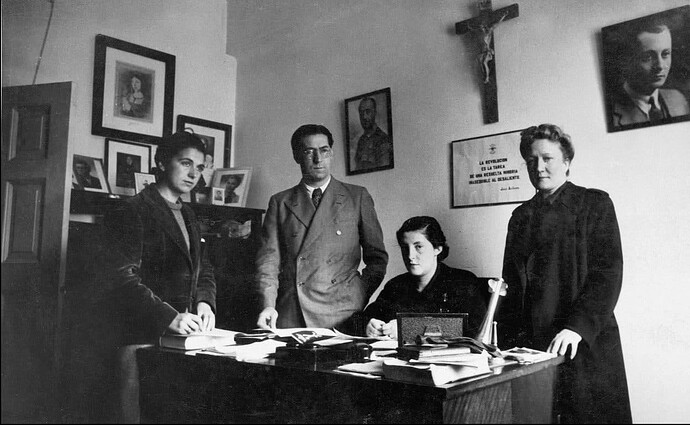 Pilar Primo de Rivera, Rosario Velasco, head of the department of art and decoration of the Central Service of culture and Clara Stauffer, central assistant for Press and Propaganda, Spain. 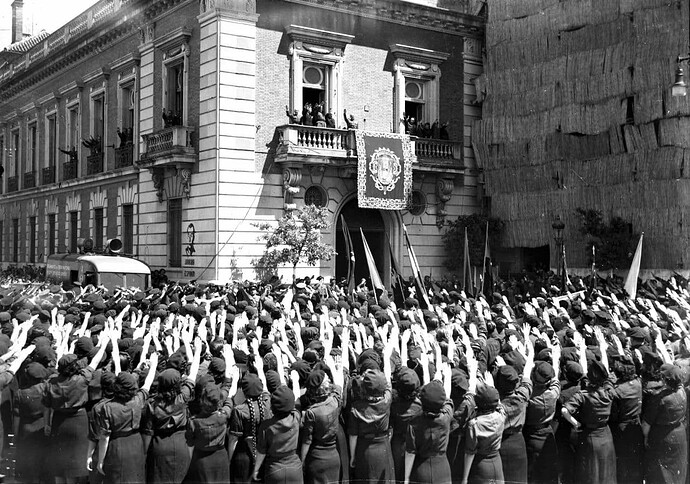 Women of the Falange Sección Femenina salute Francisco Franco on the balcony of the Yanduri Palace during his visit to Seville, 1936.

Aurora Vega, the mother of a Corporal in the Spanish Blue Division. Her son, Nemesio García Vega, gave his life on the Eastern Front. She now wears her son’s Iron Cross and clutches his letters from the Front wrapped in newspaper. March 24, 1942.